* In case of any delay in receiving the OTP, you may verify it later. Please proceed without verification.

Enter your City name or Pincode

Chakrata, earlier known as Jaunsar Bawar, is a well-known major tourist and picturesque picnic spot in the district of Dehradun in Uttarakhand state. It’s located at a distance of 92 kms from Dehradun and 73 kms from Mussoorie. Chakrata is situated at an elevation of 2270 meters above sea level and is beautifully located on the banks of two rivers – Yamuna and Tons amidst amazing flora and fauna.
Chakrata, a cantonment area, is a secluded hill station with a calm environment. The place is famous as a mesmerizing weekend destination that is approximately 87 kms northwest of Dehradun with Mussoorie on its east and Kinnaur on its west. The region is a military cantonment and, thus, foreigners have to face severe restrictions during their visit. 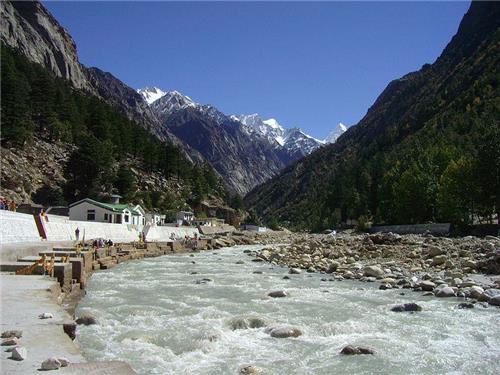 Chakrata was earlier known as Jaunsar-Bawar. The placed was named after the Jaunsari tribe and it still has a marked presence in few villages that surrounds the region. A British Indian Army cantonment was established by Colonel Hume of the 55th Regiment in 1866 and the cantonment was first occupied by the troops and officers in 1869. Now, it is an access restricted military cantonment area.

Chakrata Tehsil was a part of Dehradun in 1901. It had a total population of 51,101 which included the towns of Kalsi and Chakrata. Kalsi is famous for its rock edicts of the Mauryan King Ashoka, dated back to 2nd century BC which was first discovered in 1860 by John Forest.

Special Frontier Force, the only ethnic Tibetan unit of the Indian Army which was developed after the Indo-China war of 1962 has its permanent garrison in Chakrata. R&AW and other intelligence services in Chakrata are known to impart various weapons and survival training. This is done in support of various Indian foreign policy goals.

As mentioned before, Chakrata is a hilly area which is approximately 85 kms from Mussoorie in the district of Dehradun. The region is geographically represented by the Jaunsari tribe. The origin of the Jaunsari tribe can be traced from the periods of the Pandavas of Mahabharata.

The Chakrata region is inhabited by two tribes predominantly: Jaunsar occupies the lower half of the region while upper snow-clad region is inhabited by the Bawar Tribe. The upper region includes the “Kharamba Peak”. These two tribes are not much different from each other. The Bawars who occupy the upper region are known as that tribal community who remained isolated from the external world and formed their own culture and traditions. This led to the attraction of historians and anthropologists to this region.

Traditionally, the region is known for its rich reserves of forested areas with trees of Pine, Deodar and Spruce. This even made it an important destination for timber during the British period.

The Frozen Lake in Deoban is one famous attraction in Chakrata. Tourists can enjoy the beauty of the lake after winters.

The best time to visit the region would be between April to June and September to November.

Summers in Chakrata (March – June): The maximum temperature in summers is 30oC and minimum 10oC. The weather remains quite pleasant. If you are planning a trip to Chakrata in summers, light woolens is a must. The mighty Himalayan Ranges becomes distinctly visible and one can also enjoy the mountain breeze at Chakrata.

Monsoons in Chakrata (July – September): Monsoons can be associated with rainfall in Chakrata. The views of the majestic Himalayas are obstructed during monsoons for clouds. Tourists can enjoy vibrant colors, wilderness of nature, sip of tea, the sound of raindrops on leaves. But there are also chances of roads getting blocked due to landslides for few hours. But the natural scenic beauty of Chakrata is worth seeing during monsoons. Don’t forget to carry your raincoats.

Winters in Chakrata (December – February): Chakrata is known for its freezing temperature during winters as the minimum temperature falls to -5oC. The Himalayan Ranges are beautifully covered with snow and it gives a breathtaking view. Tourists can enjoy bonfires and barbeques during this time. The autumn weather in Chakrata (October and November) becomes very mild and pleasant. Tourists can enjoy the scenic beauty of the region.

Chakrata is known as a Cantonment Board city in Dehradun district of Uttarakhand state with a population of 5,117 and out of which 3717 are males and 1400 are females. This was the report released by Census India in 2011. The whole city is divided into 6 wards and elections are held every 5 years. Children population in Chakrata of age 0-6 years is 367 which accounts to 7.17% of the total population of Chakrata.

Basic amenities like water and sewage are supplied to over 759 houses by the Chakrata Cantonment Board. The Board is also authorized to build roads within the cantonment and imposes taxes on properties under its jurisdiction.

Out of the total population of Chakrata, 3510 are engaged in work or business activity. This can further be bifurcated as, 92.65% are engaged in Main Work while the rest 7.35% are engaged in Marginal Work. According to the census survey, a worker is a person who does business, job, and cultivation, service and labor activity.

Lists of MPs/MLAs in Chakrata

Chakrata is represented by one Member of Parliament. The following is a list of the MPs and MLAs in Chakrata:

Member of Parliament (MP)-Lok Sabha
There is one MP in Chakrata.

With a total population of 5,117 in Chakrata, there exist many castes in the region. Major portions of the population are Rajputs and Brahmins. Rajputs are mainly Rai, Rana, Chauhans, Tomars, Rawats, etc. while the Brahmins are Sharmas, Joshis, Nautiyas, etc. They are the higher castes and are the landowners. Luhar and Bajgi are the middle castes and Dom comprising Dalits are the lower castes. The Luhars are the artisans while the Bajgi are drum men who play at all religious and social functions. The low castes tribesmen regarded as untouchables and they are landless people and works in the land of the high-caste people.

The culture of Chakrata can be traced back to the period of the five Pandavas of Mahabharata where the five brothers married Draupadi. There was a presence of polygamy and polyandry in the local traditions where the rich tribesmen practiced polygamy and the low castes tribesmen followed polyandry, sharing their wives, though the husbands had to be brothers. Anthropology studies in the 90s reveal that these practices do not exist now and monogamy has taken place. 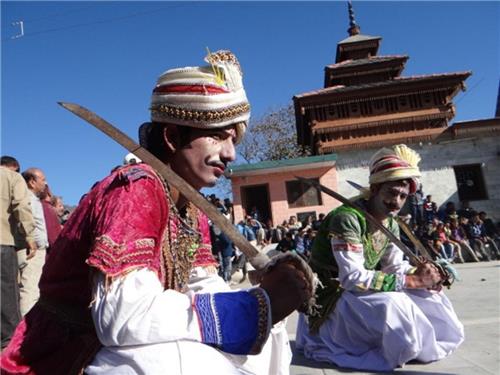 Festive sports and dance is an important feature of Chakrata culture. Following is a list of the major festivals and fairs in Chakrata:

People wear Thalka or Lohiya which is a long coat during festival time. While the dancers, both boys and girls, wear colorful traditional clothes.

Bride Price is another unique custom which is been followed in the region. It’s been believed that parents spend a good amount on a girl’s education, raising her and making her life good. Also, she can contribute in household chores like cooking, cleaning, washing, works on the farms etc. Thus, if a boy wants to marry her then he will have to pay a certain amount of money to compensate all these factors and this price is termed as Bride Price. But if a woman takes a divorce and comes back to stay with her parents then the Bride Price will have to be given back to the husband. Divorce is not considered as a taboo in Chakrata and also divorced women are not boycotted from the society. Another unique custom is that if a woman wants a divorce to marry a second man, then the second man will have to pay a higher bride price to the first man’s family.

Chakrata is a small secluded hill station in Dehradun district of Uttarakhand state. The place is a famous weekend destination. Tourism in Chakrata has raised its economy and refurbished the town’s medical and other important emergency services. Here is a brief list of the emergency services in Chakrata: 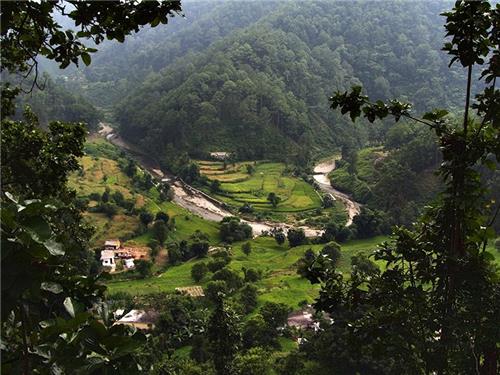 The nearest fire stations are 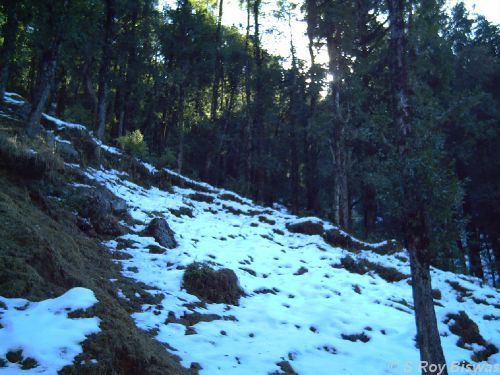 Raja Marriage Bureau is the only marriage bureau in Chakrata.

The following are the details of the Post Office in Chakrata

The banks operating in Chakrata are State Bank of India and Punjab National Bank. The following are the details of the bank:

The following are the details of Property Dealers in Chakrata:

There are no petrol pumps in Chakrata. It is difficult to get for civilians as it is a Cantt. Area but it can be obtained from local traders in small quantity.

There is only one currency exchange centre in Chakrata:

The following are a list of government and private hospitals in Chakrata:

Comments / Discussion Board - About Chakrata